New Ballet Tutu - Snow Queen is available at all Felicity store locations. Promotional price is 25% off until Saturday, August 15th at 8pm SL. 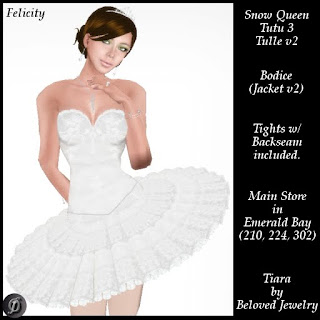 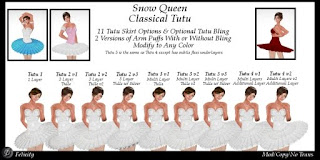 I broke down the different versions on this set in case some shoppers weren't interested in the entire ballet set. My favorite is the Classical Tutu. Eleven different variations of the prim tutu are available. Variations range from one layer up to the fancy version that has subtle flexi layers underneath. Tutu 5 had two attachments: the top layer with tulle overlay (two versions of tulle) and a slightly smaller tutu underneath. Fully tacked! (Ballerinas will know what I'm talking about.) There is also a bling attachment layer. Two types of arm puffs are also included, with and without bling.

A romantic tutu is also available separately or sold in the complete set pack. 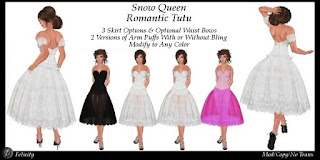 Three romantic tutu skirts are included in both the set and the complete pack. One is slimmer, one is fuller, and one is a double layered skirt. An optional waist band with sculpted bows is included. Two versions of arm puffs are included with bling options.

And for the more modern ballet or for wearing out in public or practice, there are an Empire Waist Dress and a short Mini Dress. 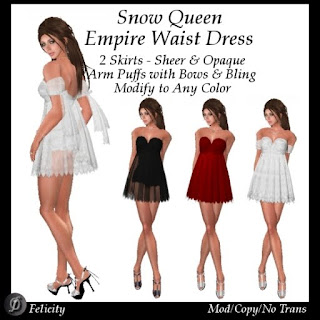 The Empire Waist Dress has two skirt versions. One is sheer, the other opaque. Sculpted arm puffs with bows and optional bling are included. 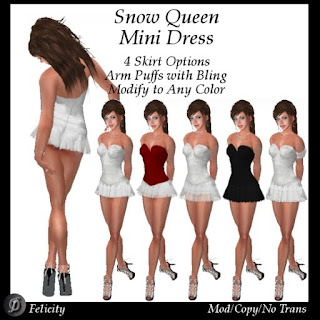 The Snow Queen Mini Dress has four skirt options. A longer skirt in both sheer and opaque tulle offers more coverage than the micro flexi skirt. A pair of sculpted arm puffs with or without bling are also included.

A complete set of all 50 pieces is also available at a discount. As a bonus, two versions of the snow wand are included. 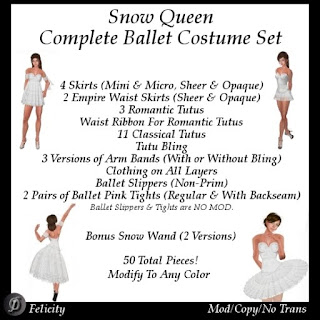 Clothing is on all layers. All pieces are modify unless noted. Instructions on how to tint are included. No laggy scripts are needed, just use the Second Life tools.

And to match the tutu, every ballerina should have their own tiara. Beloved Jewelry has made one to match. It has bling on/off, and the base diamonds are animated. One of the locations is next to Felicity in Emerald Bay. 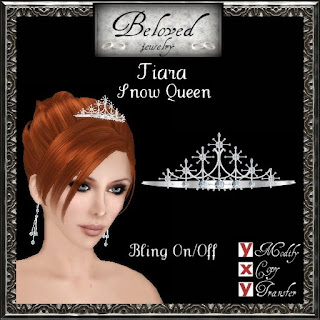 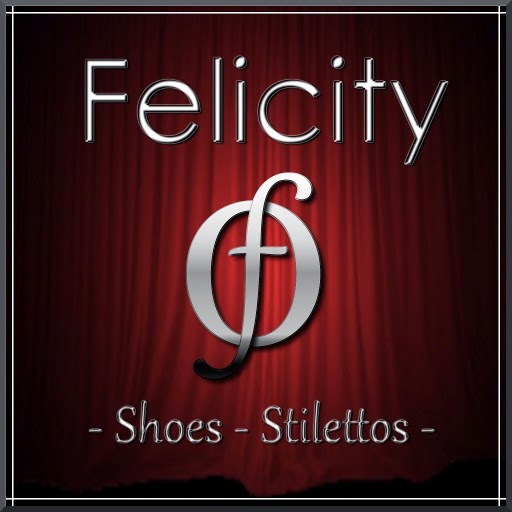